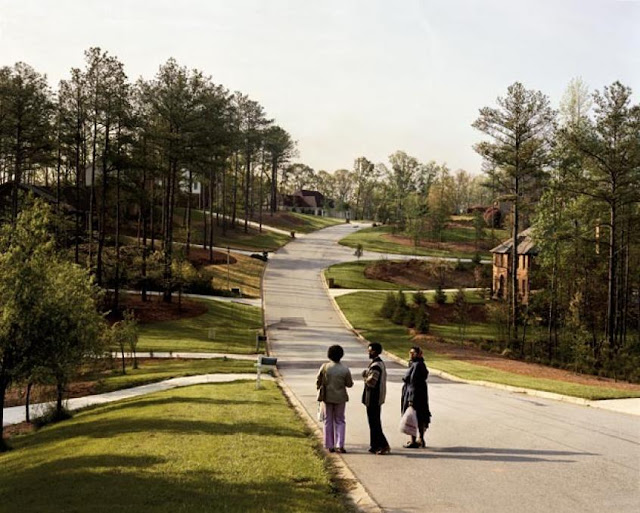 " I am looking at the landscape for what it reveals about the human moment...This is the surface of the earth and what we do with it tells us an awful lot about ourselves"
- Joel Sternfeld, in Interview  'New York Voices'


"Without caption or comment, a photographer can communicate the taste of an era through content, structure and form"
-Stephen Shore in lecture 'Photography and the Limits of Representation'

"It seems to me that a good photographer is a combination of two things. One is interesting perceptions and the other is an understanding of how the world is translated by a camera into a photograph. You have to have something to communicate. But you also have to have a real understanding of the tools of communication in photography: That you are taking a three-dimensional world that flows in time, and are going through this transformative process of making this flat, bonded, static objects."
-Stephen Shore, in Interview 'The Apparent is the Bridge to the Real'.


This week, we will be looking at Joel Sternfeld's study American Prospects (reviews of this here and here) followed by Doug Rickard's recent work - A New American Picture (here's a post made earlier about this, which came from this essay)

Reading this week is from  John Szarkowski's works - Looking at Photographs and The Photographer's Eye (both on temporary reserve at Richview Library)
Posted by alice c at 11:39 PM No comments: Links to this post