Photography is a funny one, on the face of it, the photographic plate or chip, indiscriminately captures and records light, leading it to assume a kind of scientific impartiality, a fixed record of the truth.

In reality, photography is anything but.

However, our willingness to believe in its impartiality has allowed people, organisations and governments, to selectively shoot and frame the world in photographs, which they present to the masses as infallible evidence of ‘the way things are’.

You could almost accuse them of ‘constructing the view’…

And although photography has been instrumental in this practice, it also has a way of subverting this effort to manhandle the truth.

The highly turbulent politicised landscape of early 20th Century Europe, the rise of authoritarianism in Germany and the USSR and threat to U.S.' dominance as an economic and military superpower, created a potent breeding ground where this grew and developed.

Aleksandr Rodchenko embraced of photography as a way of broadcasting his Soviet ideals and vision of Utopia to a fragile country. Later in life he was forced to cut, modify and censor his work at the behest of the Soviet government who were eager to create an image of the utopia which had failed to materialise. 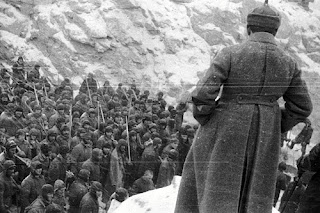 Despite the apparent coldness of August Sanders' indiscriminate cataloguing of people, it revealed a nuanced humanity, threatening the absolutist concept of the master-race, that the Nazi party were eager to promote. Showing 'The hard fact of it and yet the elusive nature of details.' 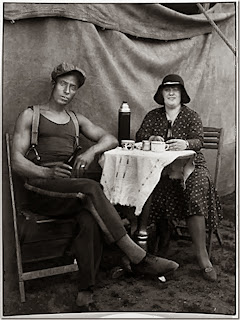 In America, Walker Evans ran afoul of the Farm Security Administration who had commissioned him to produce propaganda pieces about the life of American sharecroppers. His work, laid bare  the fragility and humanity underpinning the American dream.

It's interesting to note that Evans called the work ‘documentary-style photography’, the inclusion of the word style implying that, it simply appears to give us the facts, but there is more to it than that.

A more modern manifestation of this is the work of Jules Spinatsch. His series 'Temporary Discomfort' acts as a foil to the adage ‘If the photo isn’t good, you’re not close enough’.

Suggesting that a maintaining distance allows room for crucial objectivity, he photographs the security and . Turning his back to the action he produces unpopulated, contemplative images of the security apparatus surrounding world summits. A counter-point to the emotive crowded images, which appear in the world media following these events. 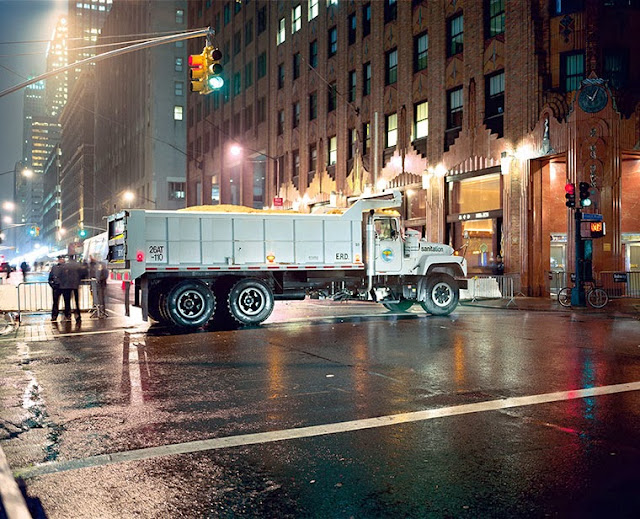 In his view, the sometimes tightly controlled, one-sided nature of photography in the mass media highlights the importance of examining the motivation behind the photograph’s rather than its content.

The huge democratisation of photography, camera's have become omnipresent, has raised the question the most interesting photography’s comes from the subjects, who are part of an event, rather than the photographers, who have been tasked with recording it. The images with the most impact on society are usually amateur photographs, and CCTV or camera-phone footage.


Posted by Unknown at 7:36 PM No comments: Links to this post