William Eggleston's exhibition at MOMA in 1976 is widely considered to be the tipping point in the eventual acceptance of colour photography as a legitimate artistic medium.

Inspired by the visual arts, he has since gone on to inspire a generation of artists with his visceral and vivid colourful depictions of the everyday.

The following is an introduction to a proposed study into Eggleston's relationship with colour and its influence on contemporary visual arts under a number of themed headings.

Any discussion relating to Egglesoton and colour has to include, or even start with, his discovery of the dye transfer process in 1972.

The dye transfer process had been used for the commercial printing of magazines and advertisements up to that time. It involved the separation of three color negatives, made by photographing the original negative with black & white film through three filters (red, green and blue).  The separations were in turn soaked in organic dyes of yellow, magenta and cyan.  The separations would then be meticulously aligned and rolled on to paper. 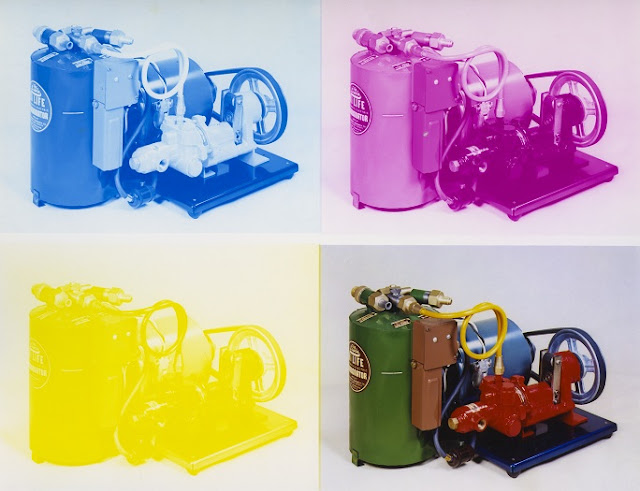 The process allows the photographer to obtain higher saturation in nominated colour fields (e.g. red)  without affecting the rest of the colours in the image; a new level of control only provided in recent times by the emergence of digital photography.


Eggleston's work and career was now transformed.  Colour was now not just part of the picture but it was the picture.  A photographer's palette, traditionally limited to the colours that the landscape in front of the camera provided, was now opened up.

"That is what got me interested. I would look at these advertisements say in Vogue…and I kept thinking, 'I wonder what Eggleston would look like in this process?'”
William Eggleston


The dye transfer process now allowed a certain level of influence and control over the colours presented; providing Eggleston with the medium to truly capture and depict the world he was seeing.  It allowed him to approach the photographic image in some way like a painter may approach a canvas.  The objectivity of the subject now subjected to the colours of Eggleston.  The dye transfer process helps Eggleston inject the ordinary with a heightened level of colour, intensifying the atmosphere and tension in in the frame.

"It's the observation of the artist that makes the picture great, and the dye-transfer process is a revealing tool [for] his observation of how extraordinary this world is."
Jeff Rosenheim

It was also this abstraction of colour that turned what could be deemed photography into art. We were no longer seeing the world through the eyes of a photographer but through that of an artist.

It has been put forward that the advent of the moving picture had a formative influence on the cubist art movement (Glimcher) and that the earliest films of the Lumière Brothers and Georges Méliès, with their inherent movement, sense of time and multi angle perspective, were influential on the works of Picasso and Bracques.

Similarly, movies had an informative affect on the works of William Eggleston.  His images stand as stills from a feature movie.  Their vibrancy, unique glimpsing point of view, framing, sharpness and vividness all contribute to a sense that what we see is part a bigger picture. We often imagine panning further outside his frame, mentally drawing the wider context of his subject matter. 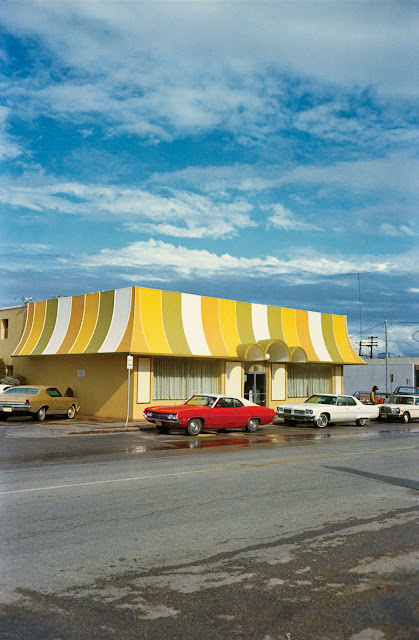 It is in motion picture's advancement in colour technology that appealed most to the work of Eggleston.  The Technicolor process involved the production of three colour negatives and employed actual lithographic printing dyes to produce the rich, over saturated but vivid colours that movies from the period of the 1930s to the mid 1970s were so distinctively memorable.

It comes as no surprise that this striking colour exuberance appealed to Eggleston.

“...it was in North By Northwest that I first discovered how well color can be used”
William Eggleston

Eggleston was highly influenced by the prevalence of colour in movies and would subsequently  inspire a generation of American directors in his use of colour to depict the ordinary in America.

The works of Gus Van Sant, David Lynch and Sofia Coppola, to name but a few, have all used Eggleston's approach to colour in their portrayal of "strange" and "disturbing" America.

"when you look at the (red) dye it is like red blood that's wet on the wall...."
William Eggleston

There is an underlying eeriness to Eggleston's images, none more so when red is used as the predominant colour.

Eggleston's "Red Ceiling" photo, along with "Greenwood Moose Lodge", were his first dye photos and illustrated the full power of his discovered process. It stimulates with its intensity and unsettles with emotional connotations. Eggleston reveals what is not revealed in the frame. His use of lines, be it electric wires or door frames makes us draw the rest of the room and what might be unfolding within. 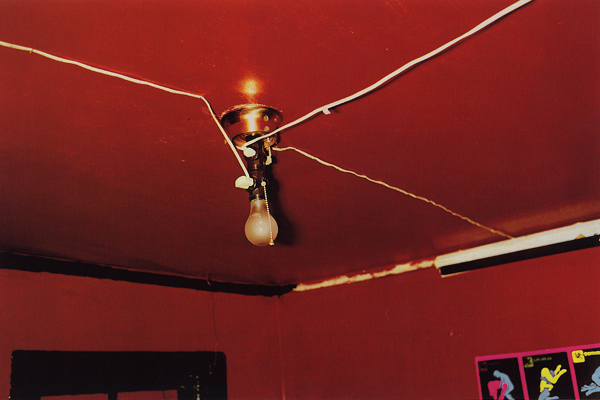 Eggleston continued to use red throughout his work in very different forms and ways. 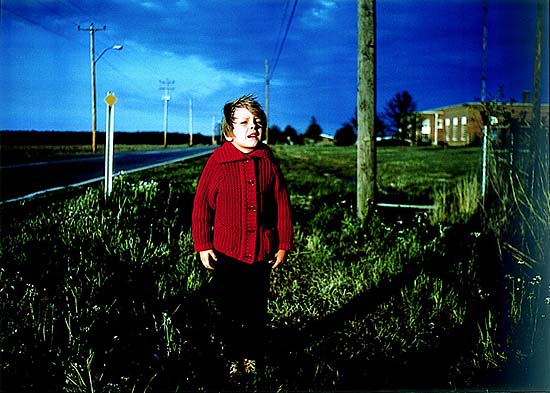 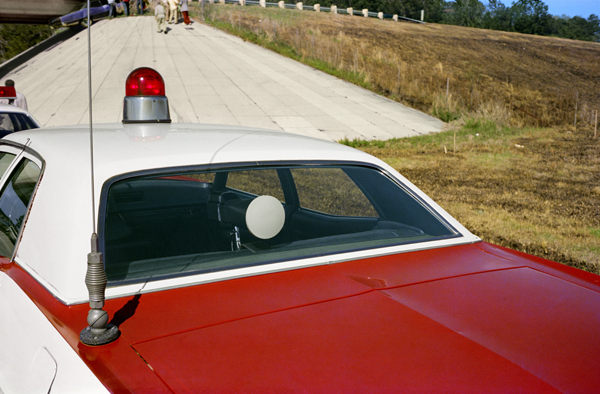 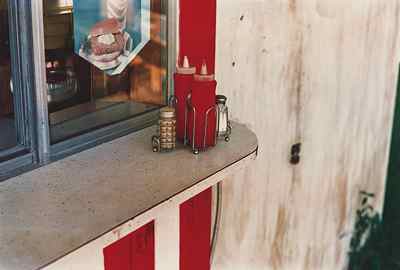 Edward Ruscha said of Eggleston's work, "When you see a picture he’s taken, you’re stepping into some kind of jagged world that seems like Eggleston's World.”

In some ways "Eggleston's World" is not too dissimilar to the world created by Edward Hopper.  There exists an unsettling, jarring undertone in both their depictions of the everyday.  There also exists this cinematic notion that there is more to their images either temporally or physically.  Then there is their mutual understanding of colour and how it can bring the mundane to life.

British author Geoff Dyer once theorised to that Hopper 'could claim to be the most influential American photographer of the twentieth century—even though he didn't take any photographs.'

Posted by Unknown at 1:08 PM No comments: