constructing the view_ the space between 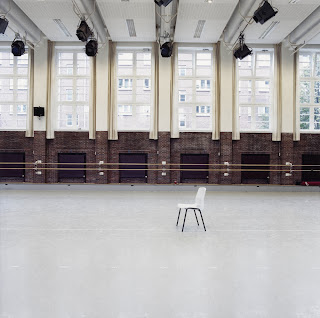 starting off with an image by candida hofer, that i have been studying from the start of the term, that illustrates clearly to the viewer an object centred in the layers of the image being taken. the space that i am intrigued is the in between space_ the social surrounding_ to whom ground belongs. The chair is also significant as it makes use of a basic essential in urban life, revealing its symbolic power in relation to the life of the city. 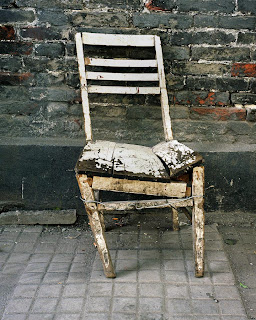 a photo by michael wolf from his project 'bastard chairs', where the chairs photographed in this series have been patched up, reconfigured, often repaired dozens of times. they give the viewer an idea of the creativity and devotion to maximum productivity in the Chinese culture. they provide an insight into the lives of the owners of these chairs- their personality, their celebration of intelligence_ it becomes a detailed portrait of these people. in these photos the chair is also emphasized by its surrounding in between space and creates the viewer to look around and beyond the chair itself.

another image from michael wolf below of a series called 100 x 100, in hong kong inside outside, wolf pairs the architectural abstractions of architecture of density, with 100×100, a study of one hundred interiors in one of hong kong’s oldest housing complexes. in drastic opposition to the distance and uniformity of wolf’s architectural photographs, these images have a quasi-journalistic style, where each photo is set up and taken with the same technique, and even though it feels like a portrait of the inhabitant of each space, it actually goes beyond that and develops into a portrait of these diverse spaces that each individual has created for themselves from the exact same dimensional room. 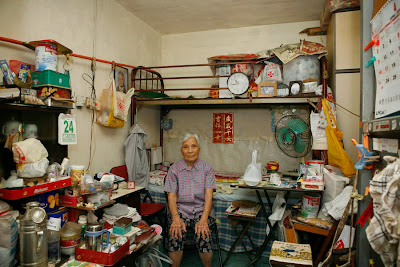 questions that i want to research on.
How? are these spaces created
Are? they suggessful
What? are they trying to show

Photography has been long regarded as a tool to document the world. It captures the truth and only the truth. It captures what is real. But for photography as an art form, reality as it is might not be enough. It needs to be constructed, in a way that delivers the photographer’s own reality.  The result is a surrealistic view that cemented photography’s place in the art world. 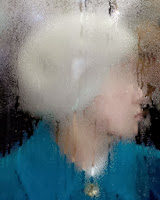 When talking about surrealism in photography, the first name that comes up would be Man Ray. He carefully “constructed the view” so that a photograph became a work of art. He used his camera to capture ideas, not facts.

Alexander Rodchenko also bent the rules of photography. Although he is well-known for his photomontages, his photographs also bring a unique perspective, literally. Using a handheld camera, he could take pictures that might have just come from the realm of imagination.

Years later, this idea of “constructing reality” breathes a life of its own. In Tokyo Compression, Michael Wolf constructed his photographs as a window to a person’s soul. They feel real and surreal at the same time, terrifyingly taking us to the barrier between imagination and reality.

As architects, we also often dwell in this line between what is real and what is imagined. Throughout the design process, we put an imaginary building on a real context. We can learn how to navigate ourselves in this process by studying these photographs so that we do not become lost in either dream or reality.
Posted by Unknown at 8:48 AM No comments: