Walker Evans began photographing in 1927, using a small handheld camera. He soon started to specialize in street life, viewing buildings, roadsides, and the people of cities, town and villages. His images focuses in on a subject, and research how it is changed and perceived by being photographs. A complex technique that mange to approach a subject while at the same time keeping it at a distance.
His documentary perception was inspired by the french photographer Eugène Atget, who he admired for his poetic dimensions of the images that celebrated an era that Atget knew was doomed. Through Atgets work Evans learned how the things people make are immensely evocative to whom they are attached - everything is its own. 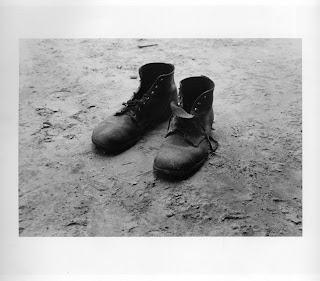 The difference of Evans is that he is portending to give you the facts, but for most parts he is by the choice of the facts influencing how you understand it.

Evans is best know for the work he did for the FSA ( Farm security administration) as an information specialist, where he was assigned to represent the small-town life and ease the depression in rural america. Evans first concern with this work was photographing in the context of any ideology which he refused; “This is pure record, not propaganda”1

Evans wanted to show what was there and during his assignment in Hale county he made most of his photographs in and around the four-room cabin of Floyd and Allie Mae Burroughs. The family owned nothing - not their home, land, mule, or farm tools, all of which they leased from their landlord.
The honesty of the situation Evans tries to capture by studying Allie Mea up close. The encounter does not show who these people lived, but it becomes an intense scene between the subject and the photographer, that respects and equalize them both. The roughness of the picture and the expression in her eyes tells us about her worries and her life with out telling us, but the forwardness in the picture is deceptive for by saying less it forces the subject to reveal everything. “The value, and if you like, even the propaganda value for the government lies in the record itself, which in the long run will prove an intelligent and farsighted thing to have done. NO POLITICS WHATEVER.”1
Evans worked with little concern for the ideological agenda and tried to distill the essence of the American life to the simple and ordinary. Doing his employment at FSA (1935-1938) he contrived to keep his employers relatively happy, but foremost he took advantage of the opportunity to perfect his photographic techniques. “Very often I´m doing one thing when I´m thought to be doing something else.”2

Photographic documentation focuses on two things; 1, to deliver the truth, and 2, to act as a social agent making life better. Evans would recent both ideas, but kept calling his photos a document aesthetics to state that documentary images looks like the fact but is not objective. This would be a thorn in the eye of FSA, revealing their propaganda scheme in a radical and bold artistic move. Much of Evans photos are therefor not the fact, it only looks objective. He would rearranging the scenes in order to elevated simple objects to iconic symbols, and by the simplicity in the scenes he would represented american life through his own persona.

Evans assembled his material for the exhibition and book “American photography” in 1938, where he showed the best of his photographs since 1928. He loathed the idea of art as a unique peace, and the intention of his pictures, most importantly, therefor exist as a collection of statements. They are thought to be seen together and presented as a consisting attitude. He was able to show how fare he had gone beyond the documentary traditions and many of the images in American Photography are characterized by erosion, chaos, neglect, or dilapidation, and should be read in its historic scenery.


Posted by Unknown at 10:16 PM No comments: Links to this post

DiCorcia is an american photographer with a master in fine arts from Yale University, where he now act as a teacher.
Doing his early career, in the 1970s, diCorcia would stage his friends and family members in a domesticity/ interior tableaux so that the viewer would believe that the pictures were spontaneous shots of someones everyday life. But they would in fact be carefully planned beforehand. 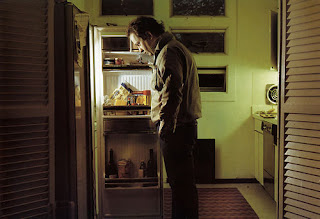 He would later start taking photos of random people in the urban space – Berlin, Rome, Tokyo, New York. He would hide lights in the pavement which would illuminate pedestrians and isolates them from the other people in the street.
Since the 1990s diCorcia has redefined traditional street photography, such as Walker Evans´s subway pictures. When he began photographing strangers caught in a strobe light he turned pedestrians into unsuspected performers. The strobe highlights the pedestrians like actors being isolated on stage by a spotlight, focusing on their gestures and letting everything els fade.
Even if the pedestrians seem detached from their surroundings, diCorcia uses the City as the title for the photos, placing the pedestrians back in to the city’s anonymity. 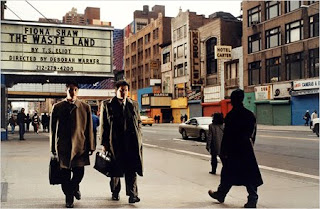 To create the Heads series, diCorcia fixed a powerful strobe light to a scaffold high above the streets in New York´s Time Square. He activated the strobe by radio signal and captured unknowing pedestrains in a flash light from over 6 meters away. The strobe could not be sensed by his subject since the photographs were taken in broad daylight. Using this technique, the figures appear to emerge from inky darkness, spotlighted and as if there was almost no distance between the camera and the subject. 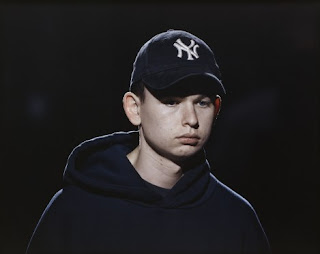 The images are simple and intimate which is ironic since the pictures are taken for a fare distance. But the distance allows diCorcia to zoom in close to the pedestrians faces with out them knowing that they are being photographed and thereby enhancing the intimacy. It gives a sense of drama from the accidental poses and instant facial expressions.

The cinematic quality is preserved by the big poster-size print; 120 x 150 cm, high resolution digital scans. Over the course of two years diCorcia took more than 4000 of these photographs, but only those 17 for the series.
The strobe gives us an unusual light that stops time and inclines us to look at what we see every day but fail to notice, and the longer we look the more extraordinary they become.
Unaware of the camera they act like most people would, walking down the street in a crowd, focused on something or nothing. But when they become enlarged and isolated their expression becomes a riddle, intense and melodramatic. 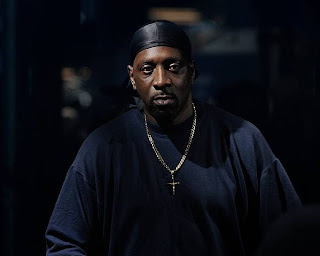 DiCorcias´s Heads series was center of debate between free speech and individual rights to privacy in 2006. One of diCorcia´s subjects sued the artist and the gallery for exhibiting, publishing and profiting from his picture which was take with out permission. DiCorcia explained that he did not seek consent because the images could not have been made with the knowledge and cooperation of the subjects.
The case was dismissed because of the freedom to photograph in public is protected in the u.s. 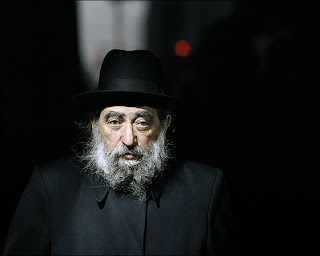 Posted by Unknown at 9:49 PM No comments: Links to this post