Here's a link to a guardian article on the issue of the book 'New Topographics'.

Also, as a background, I came across a photograph by William Garnett in the essay by Britt Salvesen at the start of the book.
He was hired by a developer to photograph the construction of new housing at Lakewood, on the outskirts of LA. Lakewood was the second major postwar housing development built in the US. 17,500 tract houses were built using mass production methods on 3,500 acres of cleared farmland. 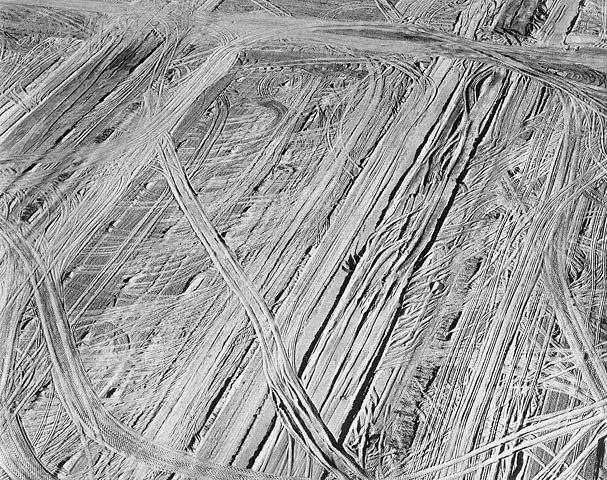 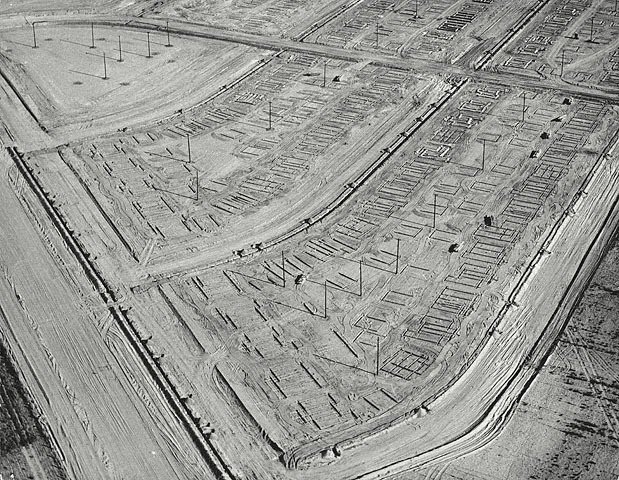 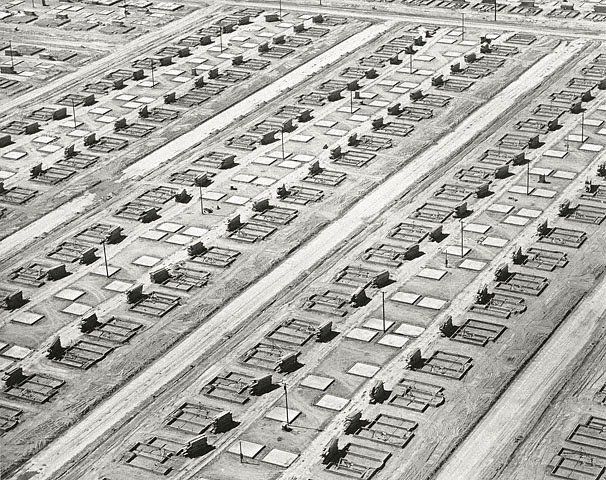 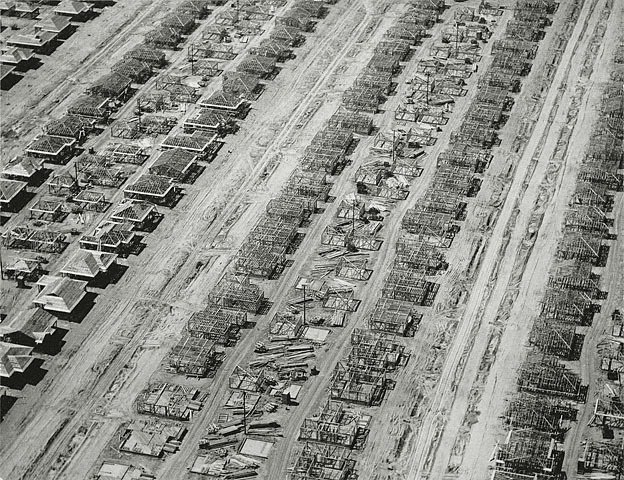 Framing Lakewood, California 1950
The resulting photographs were useful, but they are captured in a way that communicates Garnett's sentiment on his assignment:
'I was hired commercially to illustrate the growth of that housing project. I didn't approve
of what they were doing. Seventeen thousand houses with five floor plans, and they all
looked alike, and there was not a tree in sight when they got through.'
—William A. Garnett
They also bring to mind some of the work of David Maisel or Edward Burtynsky documenting man's effect on the landscape from the air.
Posted by alice c at 10:03 AM