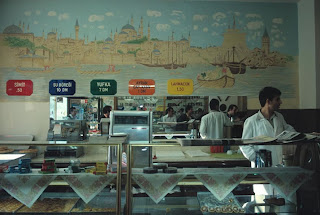 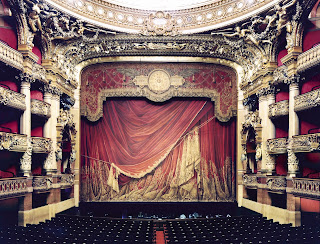 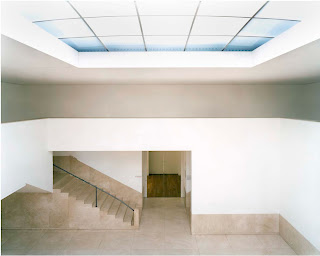 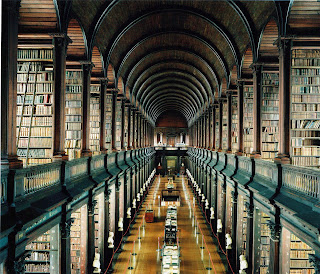 Candida Höfer (*1944) is a german photographer.

From 1973 to 1982 she studied at the Academy of Arts in Düsseldorf.
First she was studying film and from 1976 photography under Bernd Becher.
Along with Thomas Ruff, also from the Becher-Class, she was one of the first of Bechers students who took color-photographs and showed her works as slide-projections.

In the beginning Candida Höfer photographed the Turkish Immigrant Workers in Germany at different places like shops, cafés and parks.

Later the people disappeared completely from her photographs.
Höfer began to take color-photographs of interiors of public buildings. First there were rooms like offices, banks or waiting rooms. Later she specialized in large format photographs of "empty" interiors and social spaces.

She has been really interested in representing public spaces such as museums, libraries, national archives of opera houses - devoid of all human presence.
The presence of human beings has become ever more keenly manifest in her "empty" rooms, attested to by the absence of those for whom the interiors or exteriors were actually built.
Höfers photographs of public spaces are sober and ascetic in feel.
The atmosphere is disturbed by neither visitors nor users. There is a great silence in the pictures.Also the colors attract more attention.

Often the photographs present the significant work of famous architects but this seems to be not really important.

If you look to Höfers photographs maybe you can imagine a world without people. Maybe you can just see these "empty" rooms in another way and forget everything what actually happens in these rooms.