David Maisel is an American photographer who is interested in the conflicting relationship between mankind and nature. With his work he wants to inform the viewer of the consequences of the extraction of natural resources on the landscape. His goal is to change our relationship to the landscape and our understanding of its history. The projects that are described below will further explain his philosophy.

When David Maisel was still in his architecture studies, one of his photography teachers named Emmet Gowin asked him if he wanted to go with him to photograph Mount Saint Helens. The volcano erupted in 1980 and devastated the landscape surrounding the volcano.  The mountain was photographed from the air, so most photographs are aerial photographs. Beside the fact that the landscape was destructed by the volcano, Maisel noticed that the tree logging industry also had a very negative effect on the landscape. Showing the destruction of landscapes as a result of the industries became one of the key aspects in his work. 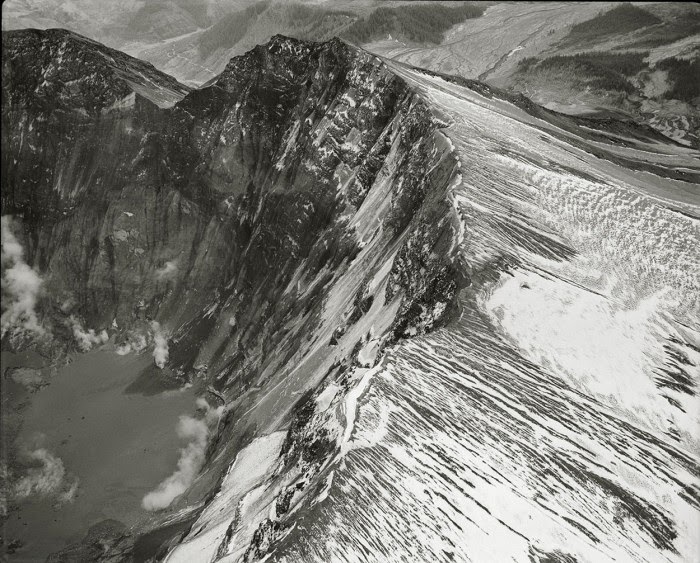 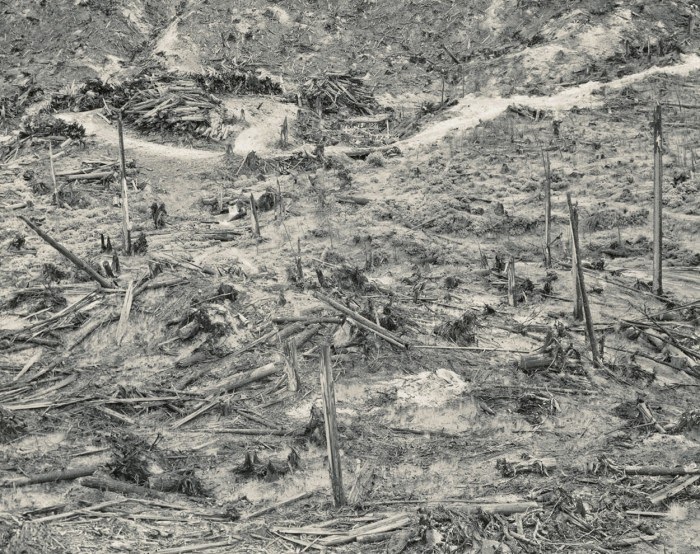 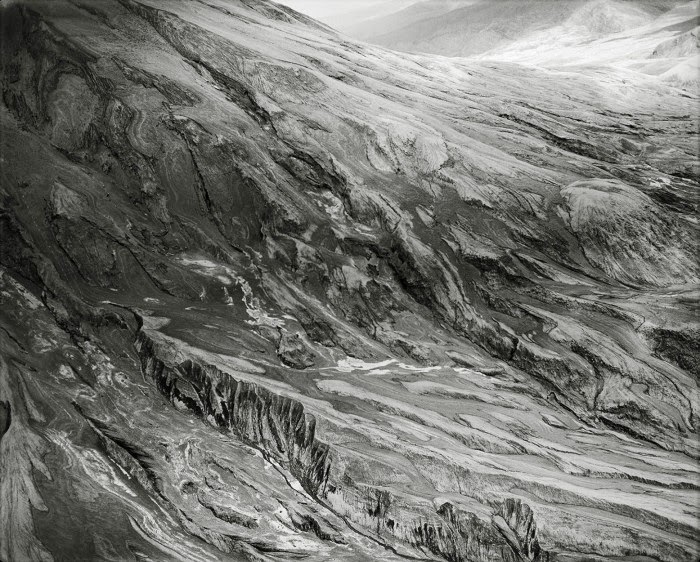 The tree logging industry has had a destructive effect on the landscape in the Northern part of Maine. A whole tree harvester was used in this forest to harvest the trees. After the machine felled all trees the site was abandoned. The landscape that remained reminded Maisel of the photographs taken by Matthew Brady of the aftermath of the civil war. The chaos and destruction was similar. To make these images more abstract and to lose the sense of scale the color of the water was darkened. The scale in these images is almost unrecognizable. 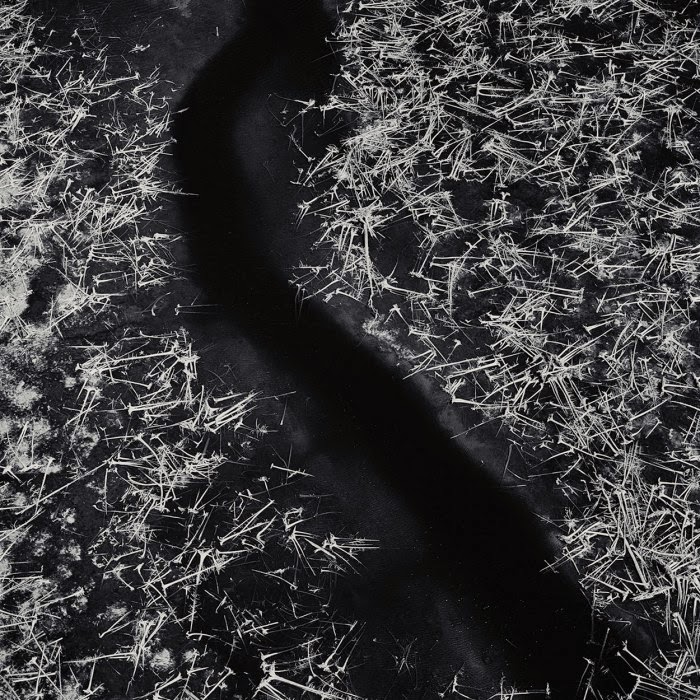 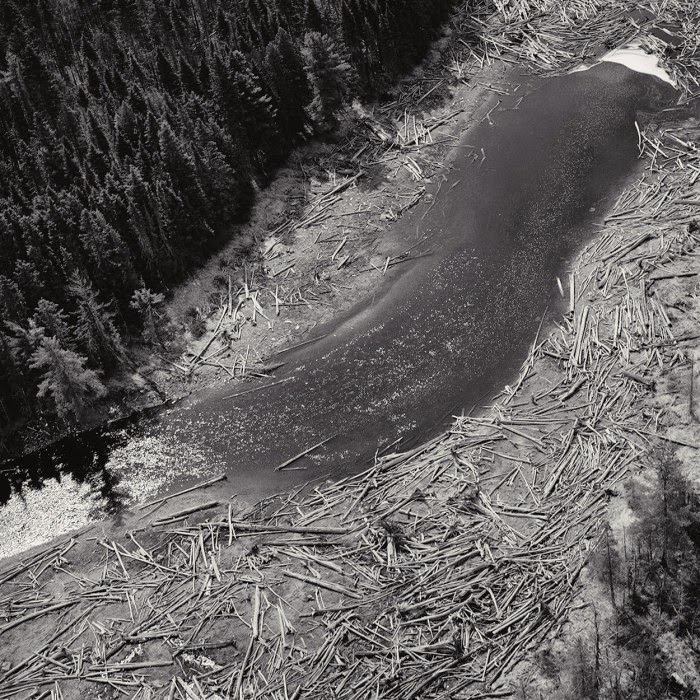 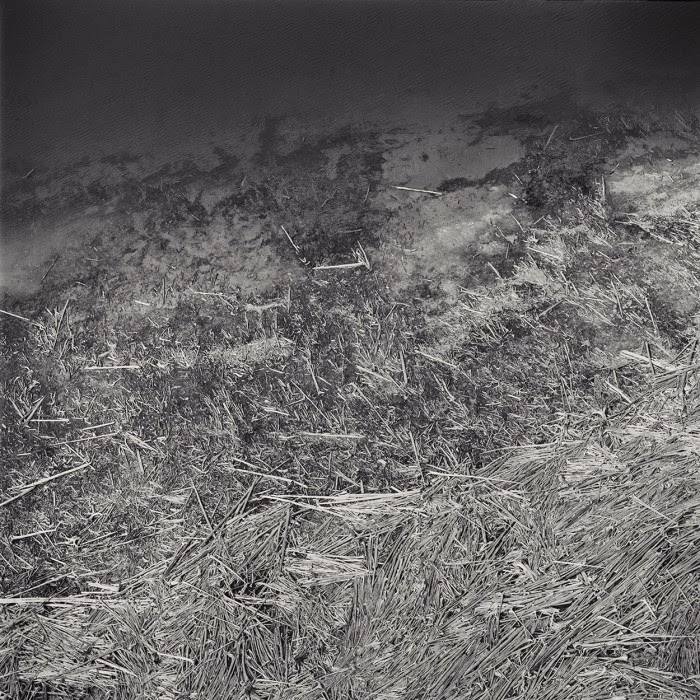 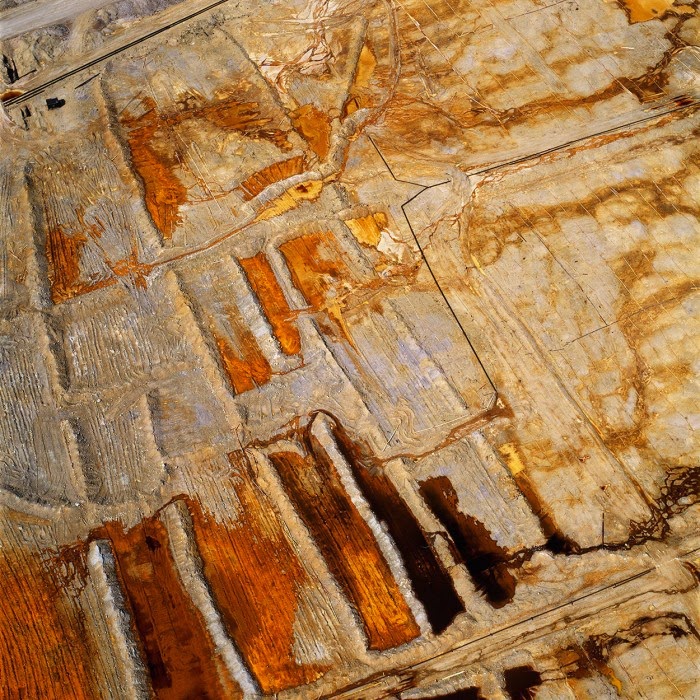 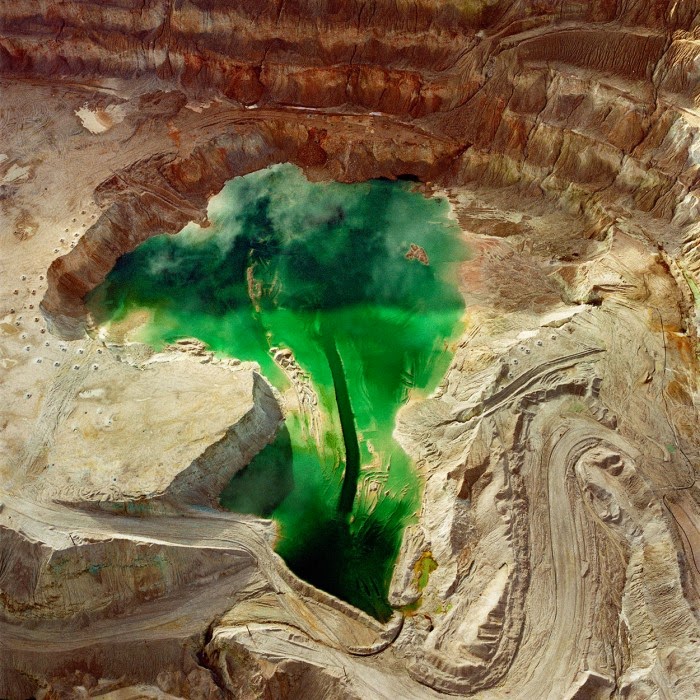 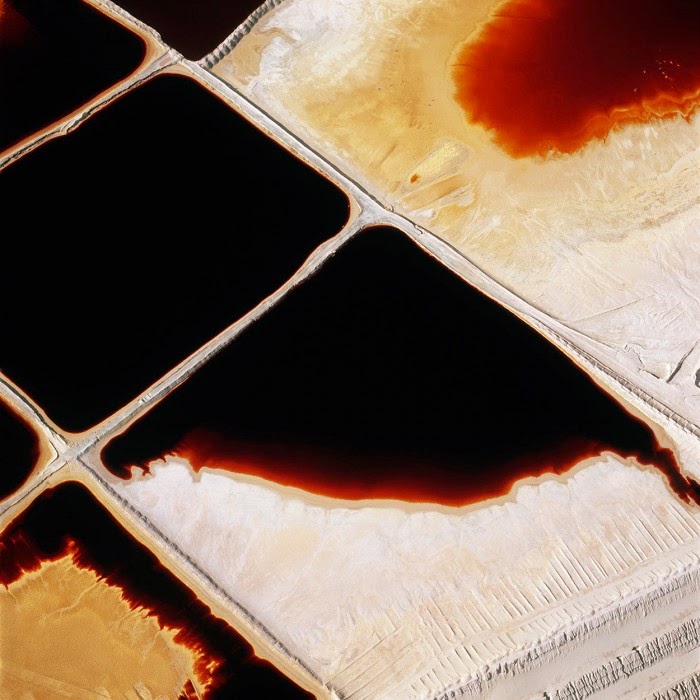 “A strange beauty that is born of environmental degradation” (Maisel)
Starting in 1913 the water from Owens Lake near the eastern side of the Sierra Mountains in California was diverted into Owens valley Aqueduct to Los Angeles. The lake was depleted in 1926 exposing vast mineral flats. The only life forms that will survive in the water that remained are bacteria. The bacteria turn the water into a blood red color. The vast mineral field that remains pollutes the air with toxic dust. 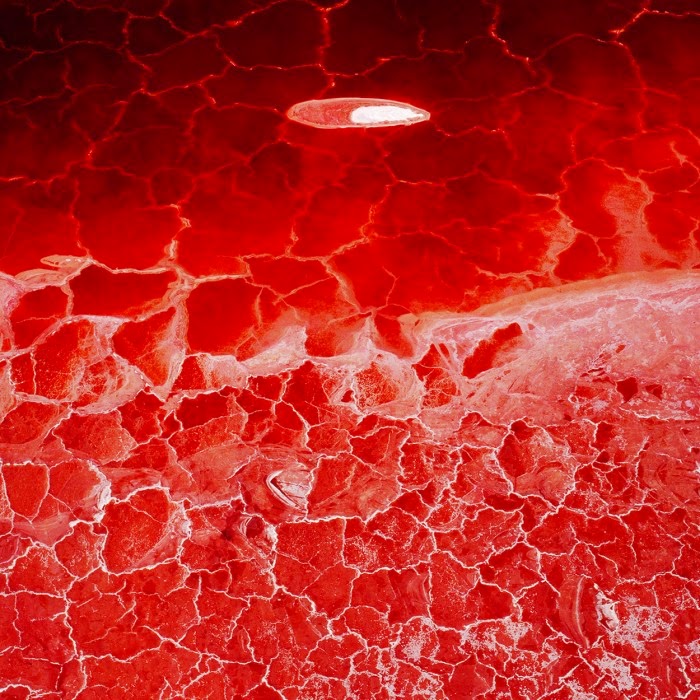 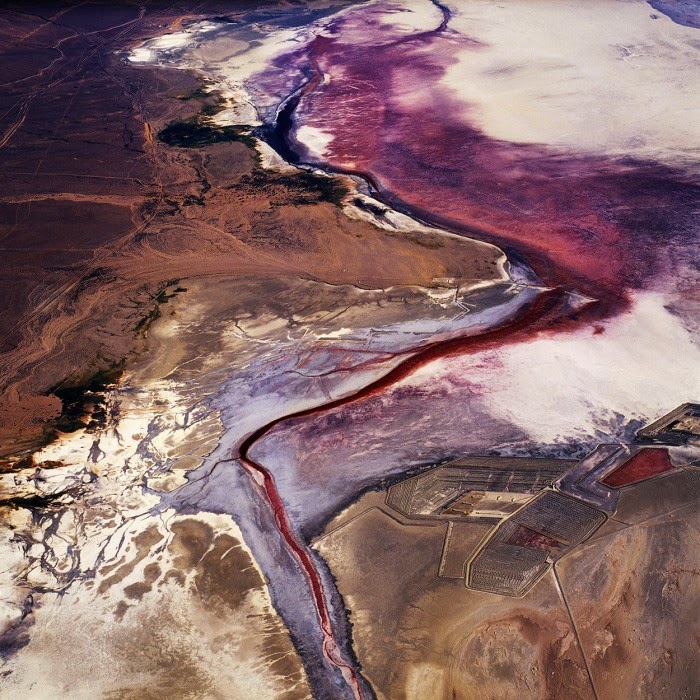 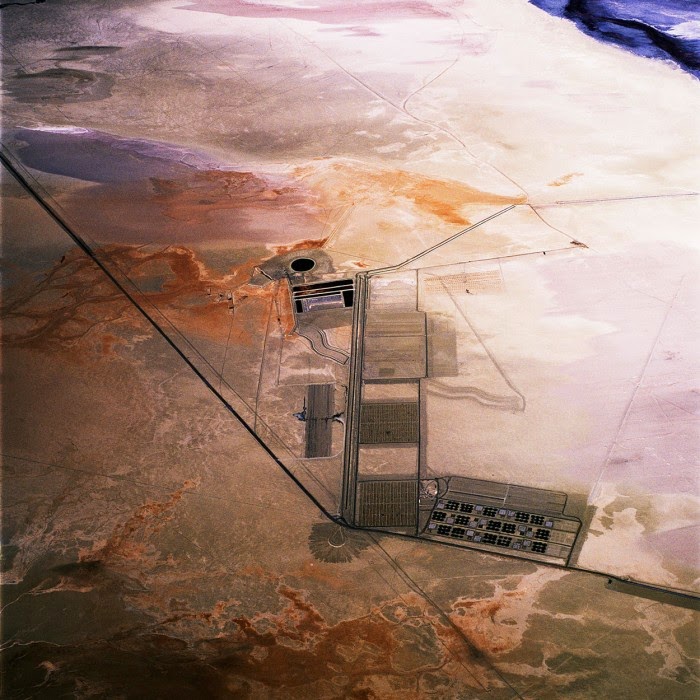 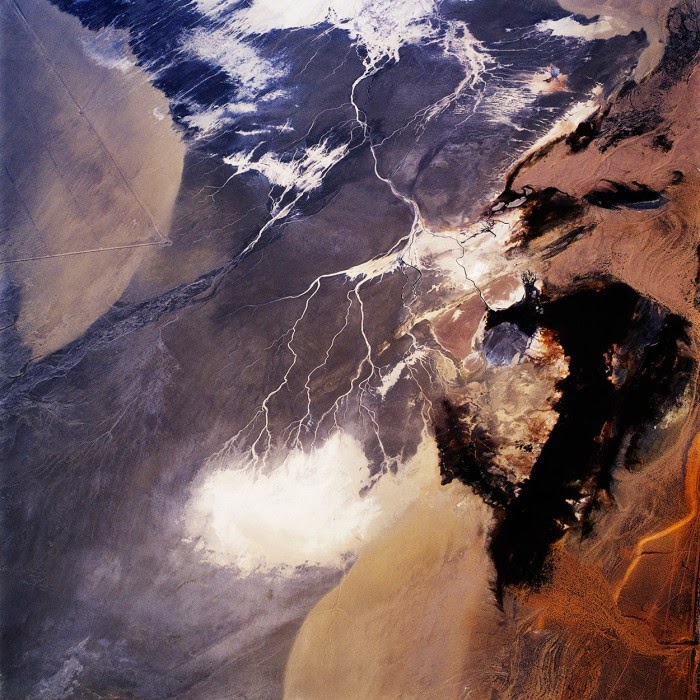 “Terminal Mirage examines the periphery of Utah’s Great Salt Lake, including zones of mineral evaporation ponds and macabre industrial pollution covering some 40,000 acres along the shores of the lake. At the Tooele Army Weapons Depot, 900 munitions storage igloos sprawl across the valley floor. With each layer of human intervention, the landscape becomes more complex. Previous scars are covered over, and cycles of negation and erasure expand into a grid system overlaid on the barren lake. From the air, a new map emerges.” (Maisel) 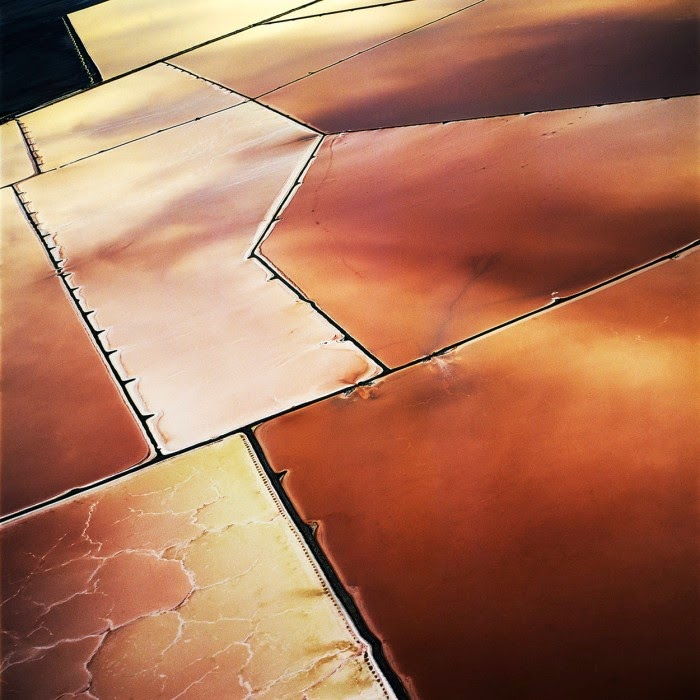 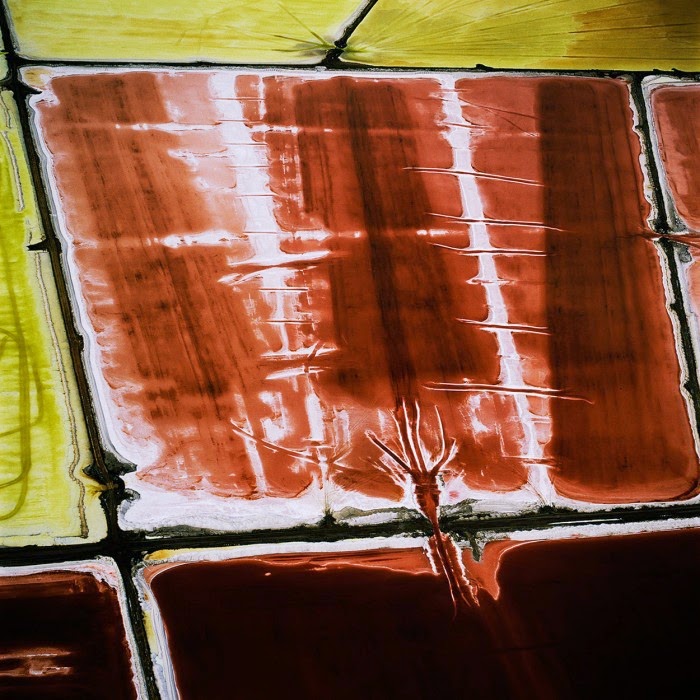 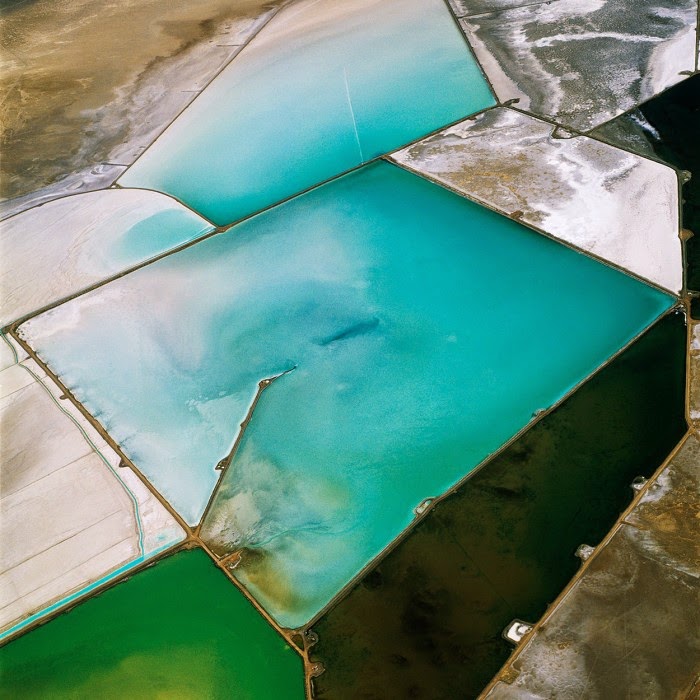 Project Oblivion shows the cyborg nature of the city. The development of the city is self-generating, self-replicating and exists outside of nature. The photographs were taken in Los Angeles and show the endless suburbs. Maisel was inspired by the writings of Antony Vidler. In his book Warped Space he is talking about the “panoramic space of modernism”. In his photographs the endless suburbs cover or replace the landscape completely.
The tonality of the images was inversed in order to abstract the photographs. This way of editing refers to the way x-ray images work. X-ray images show the order, the structure and organization of the object of observation. 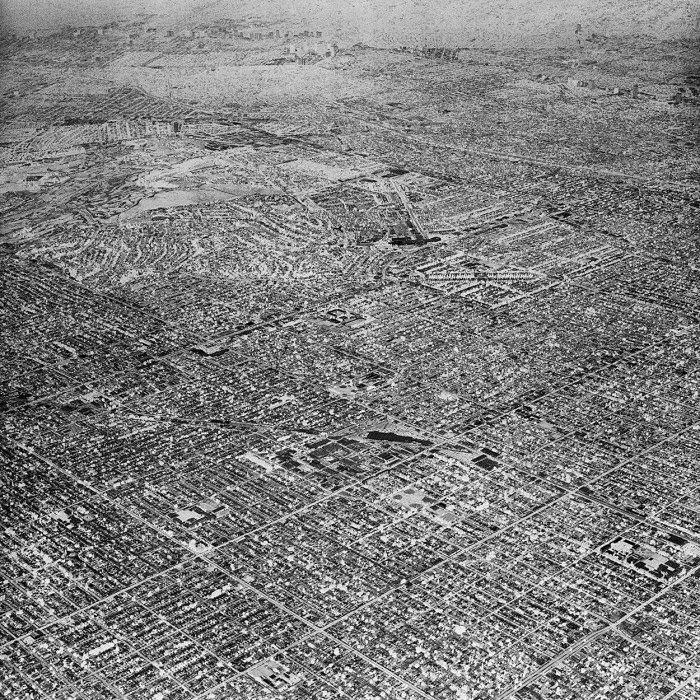 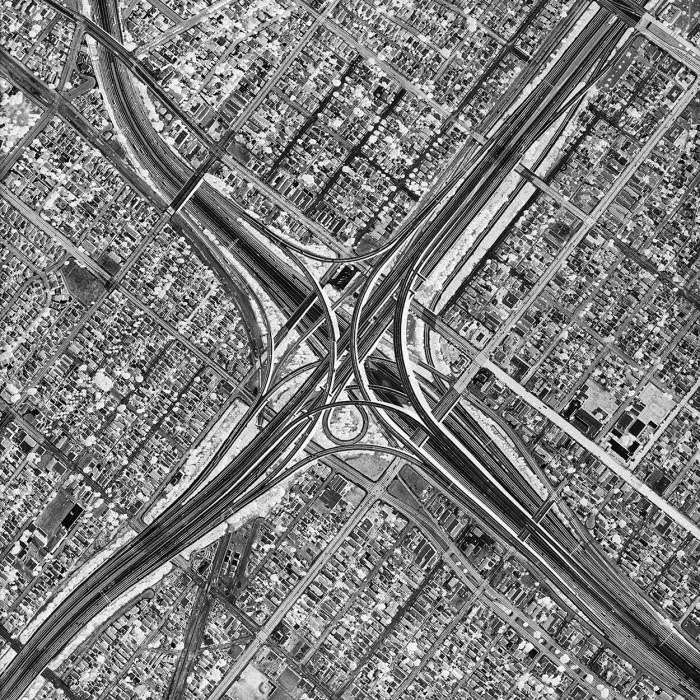 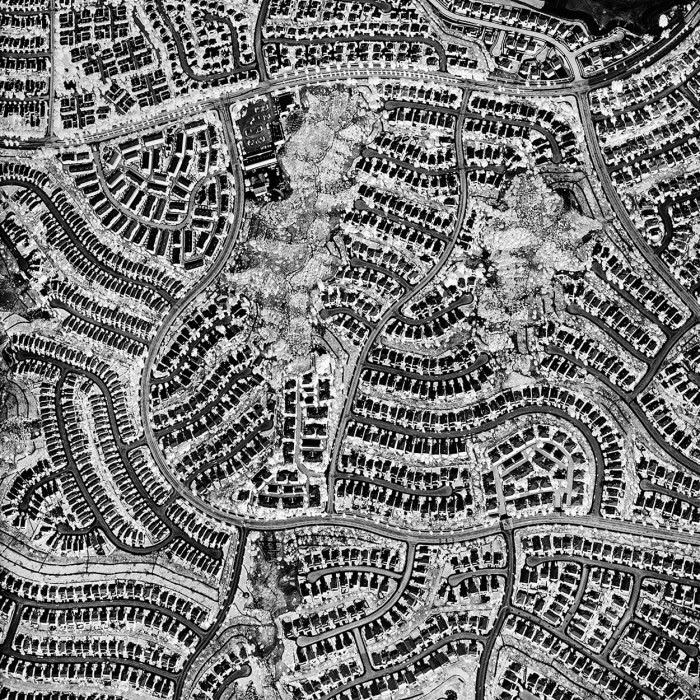 The work of David Maisel shows the conflicting relationship between mankind and nature. The consequences of the extraction of natural resources are visible in most of his work. In his photographs he is looking for what he refers to as: ”the apocalyptic divine” (Maisel), the beauty in absolutely destructed landscapes. The paradoxal relationship between destruction and beauty has fascinated Maisel for the last three decades. As he refers to it himself: “A strange beauty that is born of environmental degradation”(Maisel). The goal of his work is to alter the relationship to the landscape and our understanding of its history.