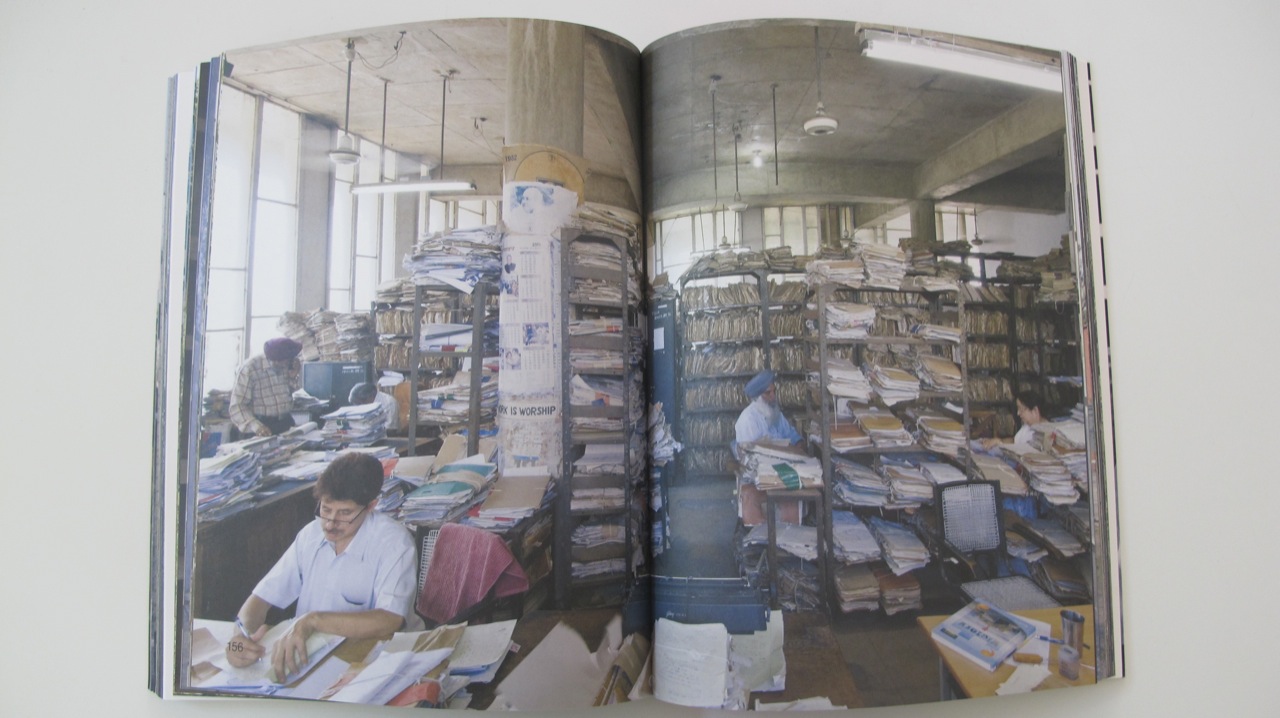 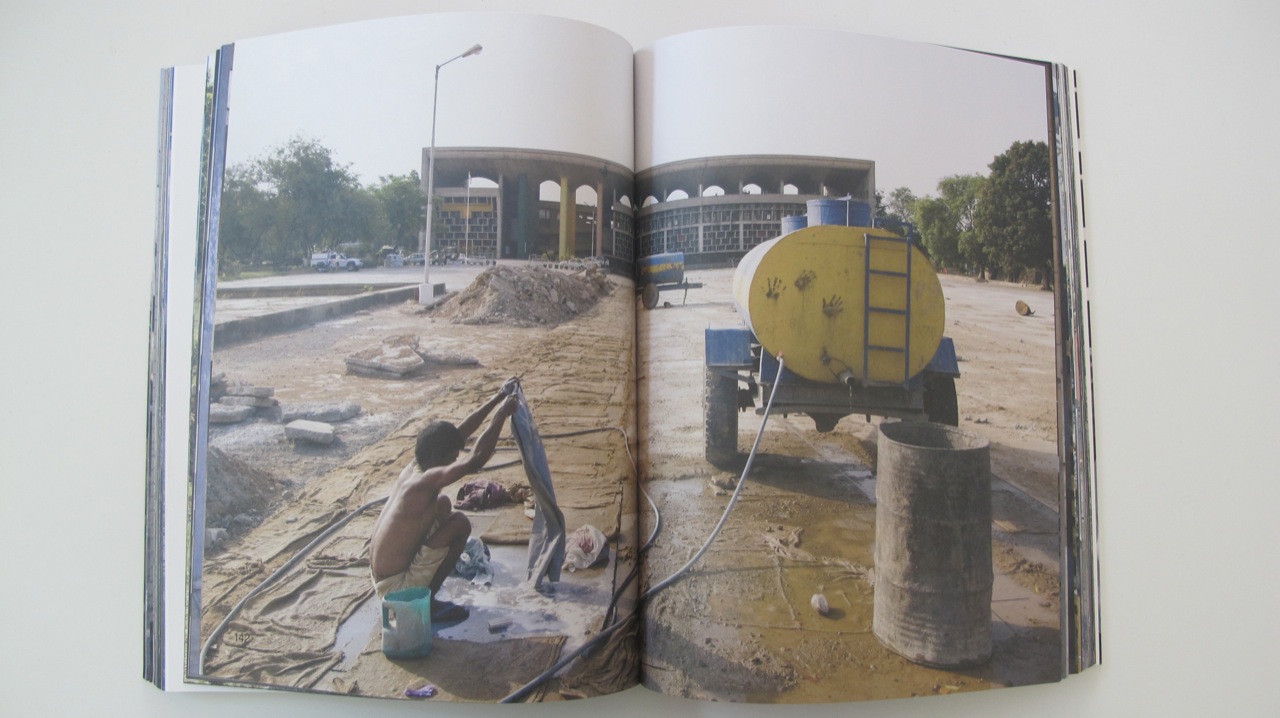 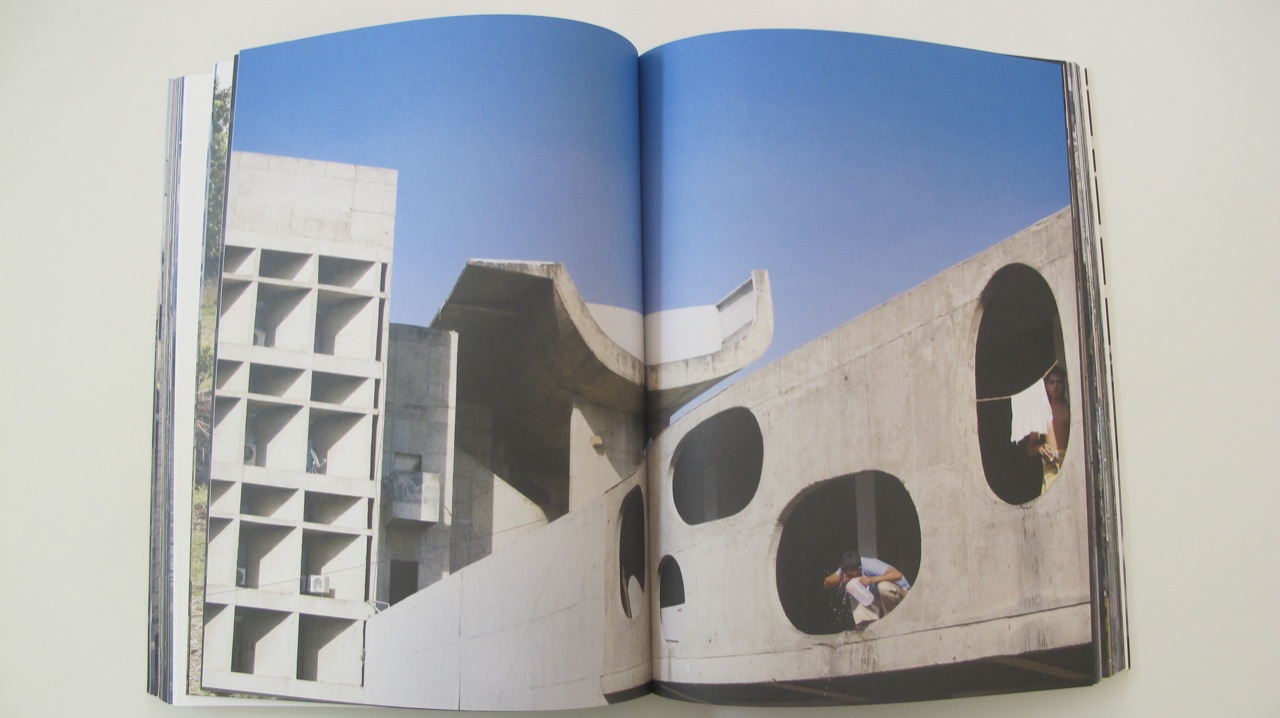 There is a problem with architectural photography in general; it does not adequately represent how we live in buildings. There are few visible signs life in the photographs, and these are limited to the empty chair or a blur of a person moving through a room. The images seem to aim to suppress the domestic world and its comforts and prosaic realities. We are offered a dehumanised world in pictures of sterile environments, empty rooms and hostile spaces. Adolf Loos recognised this in 1910. He wrote: “It is my greatest pride that the interiors which I have created are totally ineffective in photographs," – suggesting also that perhaps it can't be helped; photographs of architecture are doomed to this “ineffectivity.” Then in 1975, architectural photographer (and former assistant to Walker Evans) Cervin Robinson wrote the following:
“Typically the architectural photograph is taken in brilliant sunshine on a rare, deep blue-skied day. Interiors have been tidied as they may rarely be in reality; furniture has been carefully aligned. The picture is unlikely ... to show much of the neighbourhood of a building. There is a good possibility it may include no people.”

Photographs from architects or publishers are usually taken of a building not in use, before opening, void of life. This is naturally to give attention to the built work, a thing designed to support realities that are not captured in the same images.

And then people who visit buildings and sites that they have already seen in images go and reproduce the same photograph, take the same views.

The image we receive shows nothing of vivifying effect a human presence has on a building. It is of hostile space. It conceals the realities of the everyday and suppresses the domestic world to bring us another vision.
Is this a mistaken representation of how we live in the world or are we just documenting an unrealistic vision? The narrative of how we are shaped by our built environment is often missing from our photographs of architecture.

Modernism imagines buildings “as machines for living in.” Do the modernist vision and this approach to photography have something in common? They share a severity in their desire for the purest kind of representation. T.J. Clark has said that “modernism's disdain for the world and wish for a truly gratuitous gesture in the face of it are more than just attitudes: they are the true (that is, agonised) form of its so-called purism.” “Purism,” “so-called” or not, is something we associate with the aesthetic worldview of Le Corbusier, and his “disdain for the world,” the real world that contains living, breathing, running, eating, defecating humans.

Le Corbusier was a photographer, but he had mixed feelings about the medium. He wrote: “When one travels and works with visual things - architecture, painting or sculpture - one uses one's eyes and draws, so as to fix deep down in one's experience what is seen. Once the impression has been recorded by the pencil, it stays for good - entered, registered, inscribed. The camera is a tool for idlers, who use a machine to do their seeing for them." Notice the slight inconsistency – Le Corbusier, the champion of “machines for living in,” dismisses the camera as a mere machine for seeing with. Someone who grew up in fin de siècle Europe, the first great age of visual culture, and who consistently used photography – particularly abstract photography – to inform his own work. As Beatriz Colominahas has written:

“Though photography (as with film) is based on single-point perspective, between photography and perspective there is an epistemological break. The point of view in photography is that of the camera, a mechanical eye. The painterly convention of perspective centers everything on the eye of the beholder and calls this appearance "reality." The camera - and more particularly the movie camera - posits that there is no center. Using Walter Benjamin's distinction between the painter and the cameraman, we could conclude that Le Corbusier's architecture is the result of his positioning himself behind the camera.”

When thinking about architetural photography and Le Corbusier's Chandigarh, one sees the same inconsistency play out on a different field – these “purified,” idealised representations of life on one side, and life as lived by people on the other.

““Modernity” means contingency. It points to a social order which has turned from the worship of ancestors and past authorities to the pursuit of a projected future – of goods, pleasures, freedoms, forms of control over nature, or inifinities of information. This process goes along with a great emptying and sanitizing of the imagination.” - T. J. Clark

In Chandigarh the application of a new master plan with a modernist program seems appropriate. The architecture is boldly present where before there was none. This city did not develop organically. It was planned and needed to be monumental. It needed to instantly state itself in India as the Indian Punjab administrative capital. Chandigarh ended up between “the Nehruvian-Corbusian vision that gave it birth and the socio-political vicissitudes of post-colonial India that nurtured it,” in Vinayak Bharne's words.

Photographs from the architects show the city uninhabited, like sculpture in the landscape. There is a monumental scale of the work that makes it hard to imagine the city being created by human hands.

Iwan Baan’s photographs of Chandigarh show us the modernist city inhabited. The futuristic vision is grounded as the tensions between the effort to live and the accommodation of the concrete environment are captured. Human life observed against the scale of the designed city makes for a jarring sequence of photographs. Is this theory and reality clashing? Baan is documenting how people live, cope or thrive at the hands of the modernist master planner. We see images of places not designed to be seen, spaces used not as they were planned to be. The attention of the photographer is on the effect of the architecture on the city’s inhabitants. The built environment becomes a backdrop for stories that unfold in the foreground.

As the world evolves, the historical can become unrecognisable, and we ask why? “Why do we choose this fate?” - Thomas Struth - “What is our photography revealing? Have we yet to take stock of what we have been allowed to see through photography or are we constantly within the process of evaluating our world as seen through the lens?”

To capture this phenomenon an innocence is required of the photographer. Too often images are made of places with preconceived notions about them. The challenge is in shedding these preconceptions and allowing the subject to reveal itself. Really looking is to be open to what the subject presents.

Making photographs can therefore connect us more strongly with the world around us. We learn to look so our subject will reveal what we are to capture. Making photographs is an act of attention and the camera becomes our visual aid. It offers a very particular way of seeing, and it results in a view unlike how we think – we think in fragments - and so supplements our understanding of our environment.

Throughout the book, the architecture of Chandigarh forms the backdrop in the images. It fills the horizon and frame of the photographs, giving us the sense of the huge scale of the built environment. Behind massive court yards and expanses of landscapes spreading across the photographs, the monumental buildings are always there. Lit up and casting shadows, they give the place strong visual identity which didn’t exist before.

In the shadows of structure, people are seen meeting at makeshift spots; plastic tables and chairs are gathered together and a man does his laundry in the spill of a water tank. All over the city Baan is finding life where it wasn’t designed to be. The subject of his attention, how the people live with this architecture, makes up the fore and middle grounds of the images. There is space for life, at times it looks like too much space as streets criss-cross through the grids of buildings to accommodate people on foot, there are not many vehicles around as was expected during the design.

The rhythms in mind when the city was being designed were rational, mathematical, arbitrary in relation to the rhythms of Indian life. The vision for Chandigarh arose as an export of modernity from the Western planning euphoria of the time, how was this version of utopia to apply to the Indian context? The existing architecture shows us how Le Corbusier and his team thought the city and buildings would be used, but the photographs capture how people occupy the test tube city in reality. As people have occupied the planned city and adapted to it, has the dictating hand of the designer been ignored? Life is captured flowing through structure that seems to stand unconcerned with the realities of the daily life of the occupier.

The photographic language employed by Baan makes it clear what his subject is.

The city was planned with other types of photograph in mind, those of grand views of monumental buildings in the landscape and of impressive perspectives that glorify rationality and order. These images inform the design, but are abstract constructions of view, relative to how we live.

Photographs made by Scheidegger of the construction phase can be considered to reveal how the place will be used when built. People meet as they do now under trees, in the shadows of buildings, in barren fields and in make-shift places.

Where Baan does capture the city accommodating its people at a scale that seems appropriate usually happens to be in leftover space, at the backs of building in parts less designed for use. Having designed for spectacular and monumental activity, real life happens backstage.

This brings up private space in the city. Baan sees only the civic space, people affected in the public realm. The homes of these people were all equally planned and as modernist developments they impose a rationality on daily movements. Manuel Bougot photographed the interiors of homes in different ‘sectors’ of the city. Each area looks almost the same. Efforts to soften the rationality of modernist dwellings with fabric and ornament suggest difficulties in accepting the architecture.